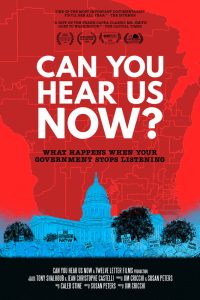 Can You Hear Us Now?

Through the stories of four tireless women fighting to have their voices heard, CAN YOU HEAR US NOW? unravels the ways that years of minority rule by one-party have reshaped democracy in Wisconsin—a state at the heart of American politics. 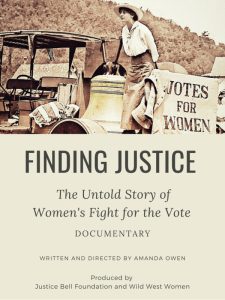 Part present-day detective story and part a historical account of the movement for voting rights, “Finding Justice: The Untold Story of Women’s Fight for the Vote” tells the story of a band of intrepid women and their one-ton bronze bell that became a celebrated icon of the women’s suffrage movement.