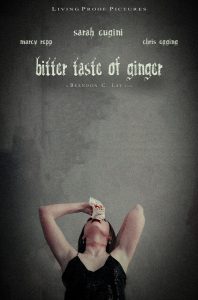 Ginger, a recent widow, takes up autoerotic asphyxiation to work up the nerve to kill her abusive mother-in-law, Ginny.

A young man encounters a mysterious stranger while hiking in the woods. 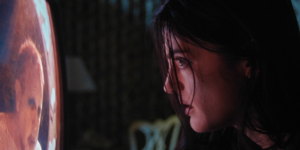 Night at the Eagle Inn

Fraternal twins embark on a pilgrimage to a remote inn to investigate the last known whereabouts of their father who mysteriously disappeared the night they were born — their exploration leading to shocking revelations as the property’s dark secrets ensnare them in a hellish labyrinth they must escape before dawn.

When an agent infiltrates a Russian Embassy in Tbilisi, Georgia and steals mysterious files, the Russians kidnap a woman they believe to be the culprit. But it may be a case of mistaken identity…

The Hour After Westerly

Davis Harwell (Peter Jacobson) is a meticulous man whose life has grown comfortably dull. But when he nods off at the wheel and wakes up a full hour later with no memory of what happened to him, he is presented with a tantalizing mystery. Why does he have visions of a lighthouse, a row of cottages, and a beautiful woman (Shannyn Sossamon) he’s never met before? Davis sets out to find the answer, but what he discovers is far more disturbing than he bargains for.

Until the Wheels Fall Off

A tranquil park within the Zombie Apocalypse, finds a withering zombie who can’t catch a meal, until an undead angel comes to his rescue.

A girl has a chance meeting of a lifetime….or two.

A reverse chronology in five segments about a man who starts his day with a headache like everybody else, but he suffers from some vague flash memories that he does not know where they come from, memories which tell about an abduction.

Chantal and her partner, Maria, arrive at their daughter’s school for their everyday pick-up and are alarmed when the school is empty. EMPTY follows a mother’s harrowing journey as she tries to find her missing daughter in a Kafka-esque world.

A couple, struggling to cope with a new baby, find themselves unraveling when they begin to suspect a mysterious intruder is in their house.

When Seth receives a mysterious letter inviting him to spend the weekend at a secluded mansion in the country, he soon realizes the people inside the house may know him better than he knows himself.