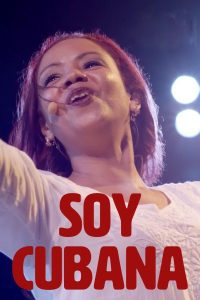 “In 2017, when the all-female Cuban quartet Vocal Vidas travel to Los Angeles after Grand Performances books them three performances, they get invited to an additional performance at LACMA, on a radio show and to a studio, and bring their lively beautiful music to receptive audiences who cheer and dance. Flashing back to 2015 to their hometown of Santiago de Cuba, the Vocal Vidas sing regularly at the historic El Morro Castle as the culture and economics of Cuba is explored. Set during an explosive time in US politics when the Trump administration formally ends people-to-people visas between Cuba and the United States, Soy Cubana shows the importance of music, supporting other cultures, and having an open travel policy for creatives so they can share their music and culture.

The filmmakers will join us following the screening via Zoom for audience Q&A.